Thoughts on Agility and Software Development

White-box tests expose the internals of your code, instead of just the behavior. In this article I argue why this kind of testing may lead to fragile tests (the ones that break even if no bugs were introduced).

Regarding the knowledge of the inner workings of the code, tests have two categories:

I can’t remember once I needed white-box testing, although I acknowledge there may be very specific uses for it. I agree with Kent Beck (on his Test-Driven Development book):

Wishing for white box testing is not a testing problem, it is a design problem.

When you are stuck trying to test something and you think you will need white-box testing, I suggest the following procedure (making pauses and trying to black-box test/improve your design after each step):

If it does not work, just go on with the white-box testing. Maybe you’ll feel miserable, but one day you may think in a better solution (and will happily refactor your code).

Just don’t mistake “I didn’t find a solution for black-box testing” with “White-box testing was necessary”.

It may be the case you created a white-box test because you couldn’t find a better solution today. You really striven. You did your best. At the end, you just decided to move on.

Spending no effort trying to have black-box tests is a completely different situation. You will expose internals of your objects and most likely you will end up creating fragile tests: the one’s that will fail easily when adding new functionality or refactoring code- even if the system continues to work as expected.

I’ll show you an example of how a white-box test can be fragile.

Consider the example of the picture below (code available in Gitlab): 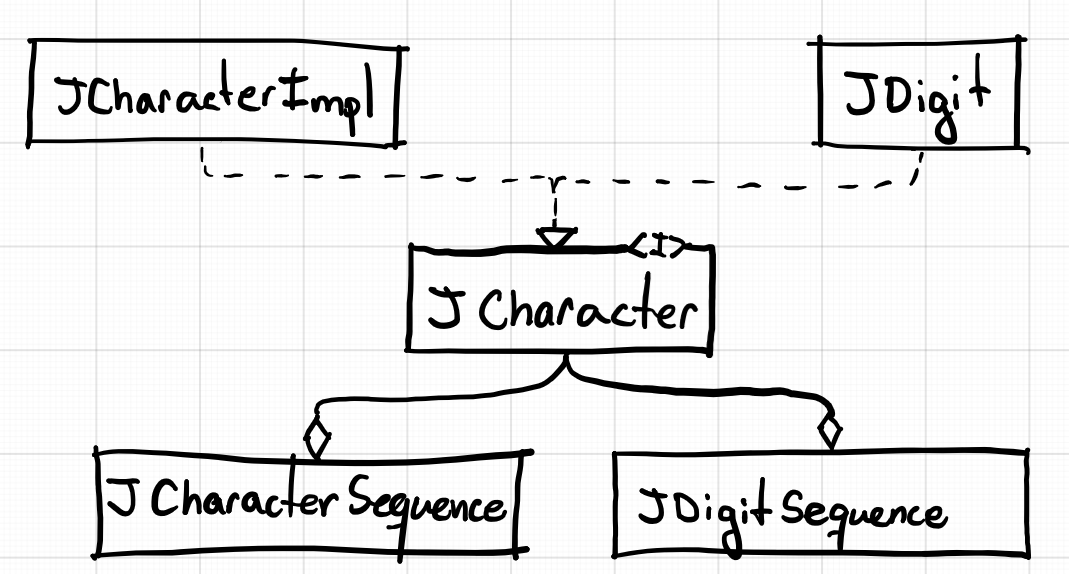 We have the classes JCharacterImpl and JDigit. The first for holding any character and the other is a specialization for holding digits from 0 to 9. Both implement the interface JCharacter.

We also have the classes JCharacterSequence and JDigitSequence, that hold a sequence of the previous classes.JDigitSequence just ignores anything that is not a digit, as you can see in the tests below (using JUnit 5):

The tests aren’t equivalent, but everything we want to check is we only have the digits in the sequence.

Notice how the white-box test checks if the objects of the sequence are of type JDigit. This test clearly depends on implementation details. Also, the method getCharacterSequence only exists because of the test. Because the developer knows how the code was implemented, he/she thought it would be simpler and a good idea to test that way.

The black-box test, on the other hand, checks the expected behavior instead of checking the internals of the object.

This code is in the master branch of Gitlab repository.

We have both these tests for the sake of the example. Consider there was a discussion between developers about which testing strategy is best. The team was divided because both seem to work. 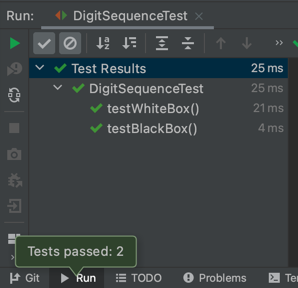 The JCharacterWrapper class was created, encapsulating the old classes and delegating the current behavior to them, as in the diagram below: 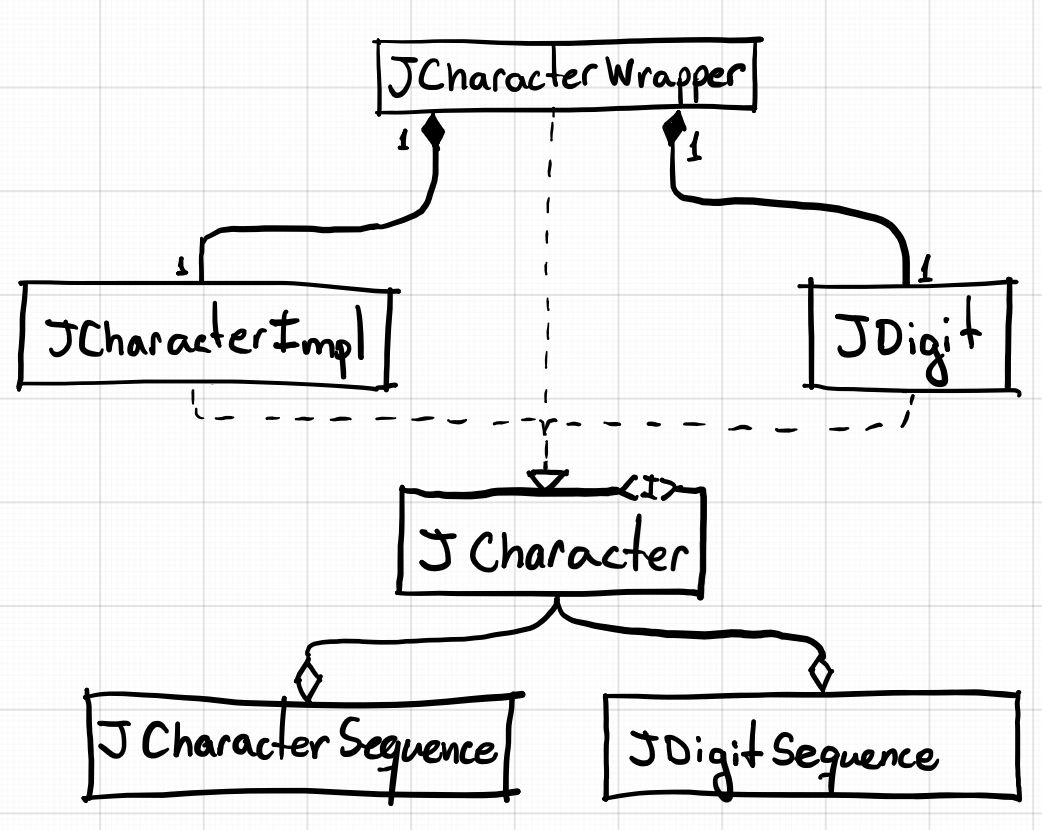 Notice there wasn’t any modification in behavior. Everything still implements the same interface as before. The only modification is that, instead of returning an instance o JCharacterImpl or JDigit, the factory now returns an instance of JDigitWrapper:

This code is in the failing-test branch of Gitlab repository.

Even if the code is still working as expected, now we have a failing test. 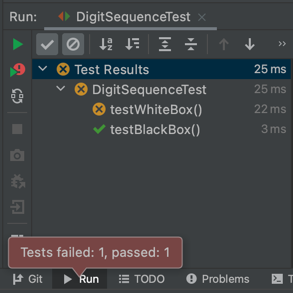 Why? Instead of testing the code behavior, we tested it’s structure.

This is a fragile test.

Try hard not to depend on white-box tests, they will probably be fragile.